#The Largest Ever Chip Deal Nvidia Is Buying ARM from SoftBank for $40 Billion
$Nvidia has agreed to buy the U.K.-based chip design house Arm Holdings from $SoftBank Group for about $40 billion in cash, stock, and future considerations.

It’s the biggest acquisition in the history of the semiconductor industry and a significant victory for SoftBank and its founder and CEO Masayoushi Son, which bought Arm for $32 billion in 2016.

Arm is best known as the designer of an architecture used in chips in most mobile phones, including the $Qualcomm chips used in most Android phones, as well as $Apple’s iPhone.

What are your thoughts and predictions for $Nvidia in the upcoming weeks?

Sound off below and discuss with other community members. Let your trading expertise inspire us.
Disclaimer: The comments, opinions and analysis expressed herein are for informational and educational purposes only and shoulk not be considered as individual investment advice or recommendations. Webull is not responsible or liable in any way for comments posted by pur users.
Like

What am i missing?

they were paid by all users of ARM for 4 years and cashed out. maybe the total income was less than 2 billion a year.

not missing anything, Softbank selfishly selling assets to go private. dont quote me
Like
José Marquez Thermowet09/14/2020 20:33
hello need help one question what I circled in yellow is that money that I can eventually withdrawal? 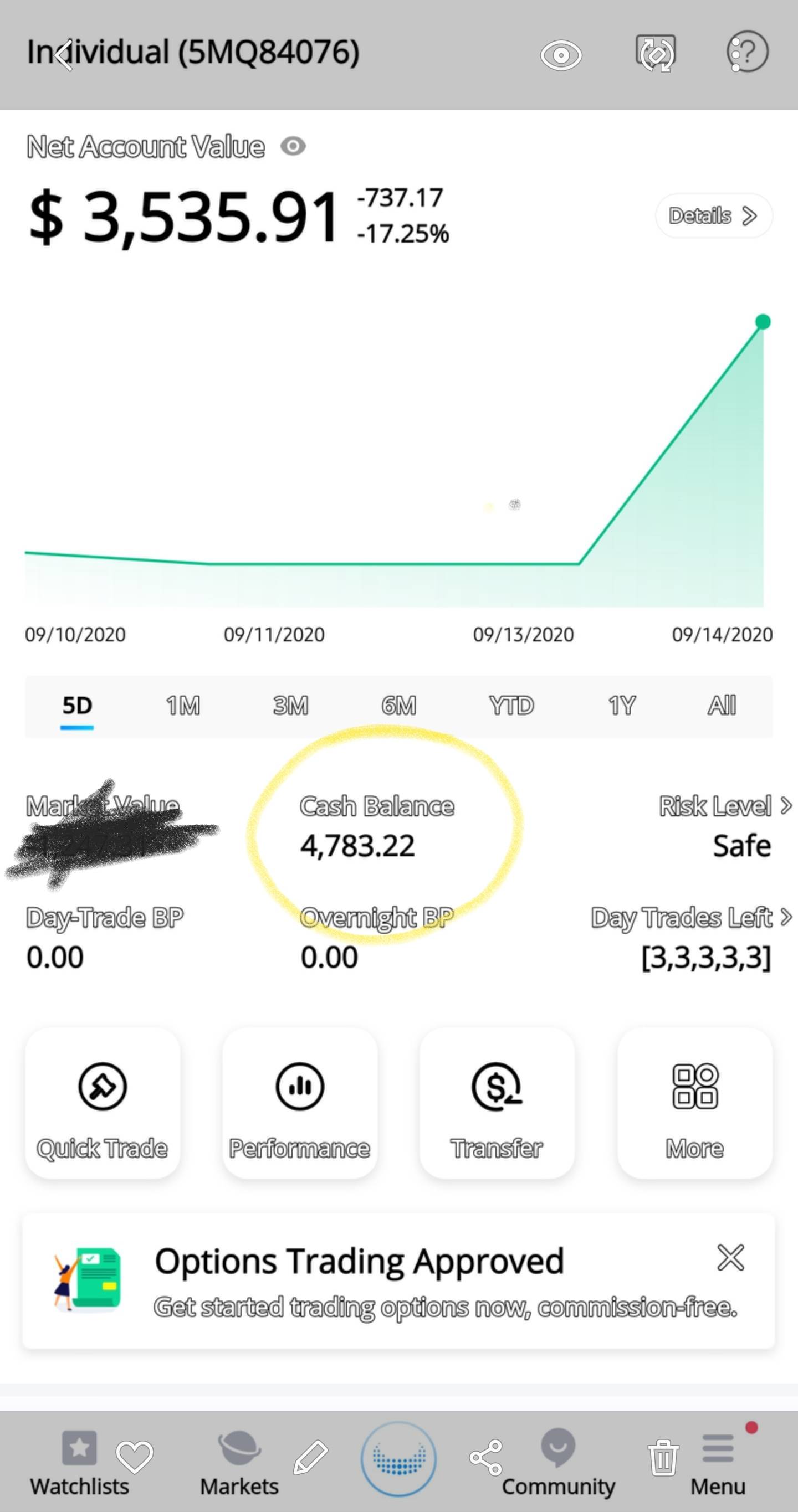 kind of your market value is - which they will ask you to break even so the top number is what you could withdraw after closing out any - balance.

No fees. They make money in interest holding your cash. Margin account locks you into price when you buy, and they get your cash later. Usually need 2k investment to have a margin account.
Read disclosures about cash vs margin account etc

Umm...yes. Check their ytd B4 this unexpected news.
Like

Hot Article
just wanted to remind everyone to learn to take profit. don't get greedy. it will be an interesting day tomorrow after the debate. good luck and God Bless !!

$TESLA $SPDR® S&P 500 ETF Trust $Apple $Nikola Corporation $Workhorse Group Alec Patel 09/29/2020 22:04
Good afternoon
How is everyone doing?
Before we start let's pray together
"Father, we come to You again with confidence and trust. We are not afraid to trust You. You have never yet failed or disappointed us, when we have come to You with our needs — and You will not fail nor disappoint us now. Help us to believe in You, even when all things seem to be against us, knowing that it is because the story of Your providence is not finished, that it seems to move adversely for us."

Today i achieve my goal
$$WESTWATER RES buy yesterday 2 sell today 4
now a step closer to economic freedom. If you guys didn't make any money don't go hard on yourself you there will have other opportunities
This is the stock i am buying tonight and sell tomorrow for 10%+ gains.
$$CTi Biopharma
$$Jiayin Group

Trading US Stock with 0 Commission