So, I have been thinking a lot about Monday, as I'm sure many of you have been as well and I still think the tech market is going to bleed some more on this correction. I also think the $S&P 500 is going to drop below the MA50 line, however I don't think that will trigger some massive market crash overall as some have predicted and this is why, I think big money is looking at the market data, yes, but they are also looking at the external data, which in some cases is just as valuable to consider.

They are looking at things like the "hopium", the surge of retail investors downloading trading apps at all time highs, the new bulls ready to chase that green line to the sky, the FOMO of millions of new investors, the inevitably of a vaccine soon being produced, the enormous profit potential in recovery sectors based on those previously listed factors and there is more money in it for them moving retail bulls around and using them to their advantage overtime than there is if they crush them out of existence completely in one blow.

With that all being said, don't get me wrong. There is a lot of data points I could list myself as to why my own prediction could be wrong. We could start with the lack of knowledge many people invest with currently and the overinflated companies that have a market cap massively beyond justification. But I just feel that the traditional market strategy is changing due to the massive increase of individual investors and big money already understands how to utilize that transition for more profit.

We can also easily say, look at the market, it is obviously due for a way larger correction, maybe it is, but if new investors add billions, they hold and refuse to budge, then they add even more, especially when more people get back to work, they will keep certain companies from destined sink holes, even if the company doesn't deserve the safety net.

Overall, for this next week. I think will be a decent dip with retail resistance of course, followed by a gradual increase over time and let's be honest tech is still the future and is going to continue to grow at extremely healthy rates over the next decade, we are in a technological revolution worldwide and growing exponentially year after year. You pair that with up ticks in economic growth, better standards of living and better income for so many people around the world, you have the recipe for a very healthy financial market moving forward.

$Microsoft , $Facebook , $Apple , $Nvidia , $TESLA , $Amazon.com , $Twitter , $ZOOM VIDEO , $Take-Two .
Disclaimer: The comments, opinions and analysis expressed herein are for informational and educational purposes only and shoulk not be considered as individual investment advice or recommendations. Webull is not responsible or liable in any way for comments posted by pur users.
Like

Gabriel09/13/2020 23:56
Solid points. I'd agree with you if this were still March-May bc the same reasons you list for why the market could continue higher were used then. Short-term trading theses, which those are, eventually give way to long-term considerations. They tussle back and forth until a momentary consensus--not necessarily, if ever, an equal balance--is reached.

As the market went increasingly higher, tutes began to position for a fall. Retail not so much, according to the news I read over mid-August to early-September. In addition, according to Inside Arbitrage, insider activity for last week of August was $3.07bil in sells vs $78.79mil in buys. Big money just isn't willing to support a higher market at this point.

There's tremendous weakness exerting pressure on the microeconomy. The market, at current valuations, is divorced from the realities on the ground.

Besides, a very strong correction, in the long run, would ultimately be healthy for stocks bc it acts as a reset taking into consideration any new, relevant data/conditions. This could allow for more runway to reach higher ATHs, if that is what the market decides to do afterwards. It'd also be more lucrative for those buying at the "support consensus" rather than at current levels.

Again, I agree with you on your analysis of market data and trajectory, If there is no factual certainty for a successful vaccine or its true effectiveness and safety, then for now, the market shouldn't and won't rely on assumptions.

But after a lot of extensive research into the vaccine race these last few months, it may be making me lean with a bias. I may be looking forward to a result based from my own data and research, when most of the market may stay moving with uncertainties.

Vaccine hopes were used to justify the continued move up during June-August. I'd imagine that even if a vaccine is to approved soon, it'd be a "buy the rumor, sell the news" event. We bought the rumor, and now that it's getting closer to a potential approval date, we're selling the news while awaiting to see the fundamentals of the news (is the vaccine effective enough, will enough ppl take it, will any of the vaccines actually be approved, etc).

And thanks for the kind words about the post. ☺

I agree. There is a lot of potential positive factors for the market in the next few weeks.
Like
Fake Fiat Fed Money09/13/2020 04:33
without stimulus the retail cant chase it up tho is the key. alot of them are blowing up their accounts and dont have income to replace it.

Lol that has no effect . how many people do you really think there are out there that are that hard off for money to only have enough funds to trade with if they get a stimulus check?? If you need the stimulus check that bad to survive most likely you are not out there using it to trade on webUll lol. anybody and everybody that has any influence on the market didnt recieve a stimulus check.
Like
ezc***com09/13/2020 03:50
normally if it dipped below 50 day ma id say it would most likely crash looking at chart but i believe the fed will keep us alive 4 now

Hot Article
#Tesla Battery Day $TESLA’s big battery event was ended on Tuesday evening with some big news about the pricing of Tesla's future cars and the announcement of a new ultra-fast version of today's Model S.

Here are the main takeaways from Tesla’s 2020 battery day:

Discussion today: What's your thoughts and concerns on Tesla's big battery event and the big announcements?

What’s your predictions on the price of $TESLA in the upcoming weeks?

Sound off in the Webull community and discuss with other investors. Let your trading knowledge inspire others! Webull News 09/23/2020 09:51
$Workhorse Group $Genius Brands $SPDR® S&P 500 ETF Trust $Apple $Microsoft GemBLuu 09/27/2020 00:44
$VAXART we're talking about THIS gap, right? I put an arrow to point it out for anyone that missed it.VAXART_GAP 09/26/2020 23:19
$Rocket Companies I sold all my other positions and will focus on RKT! I will add to my position slowly. 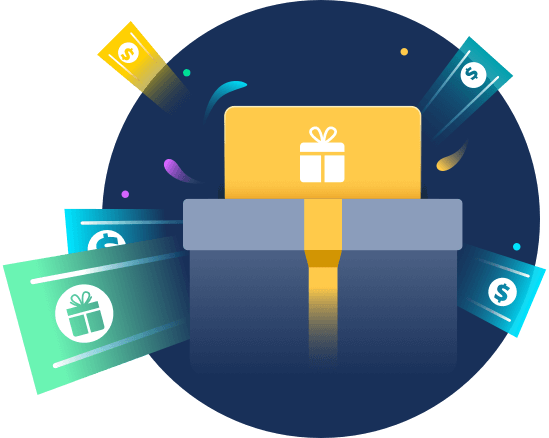 Trading US Stock with 0 Commission