$Twitter and $Facebook are finally addressing one of their biggest problems: harmful artifice. This is actually a very BASIC tenet of life. 😐 ᴅᴏ ᴡʜᴀᴛ ʏᴏᴜ ᴡᴀɴᴛ ʙᴜᴛ ᴅᴏ ɴᴏ ʜᴀʀᴍ. 👈

Frankly, free speech is NOT why social media exists, including #Twitter. As every Trump supporter here has willfully acknowledged over the last day, it is, firstly, an ATTEMPT at money-making, as are all corporations. If China is slave to Communism, the U.S. is so to capitalism.

So all of this is a NET POSITIVE for social media platforms, IMO. The engagement with social media might actually INCREASE over time with less toxicity but that remains to be seen.

Turing tests have shown one of the easiest ways to mimic humans is to escalate a situation to an argument. No surprise that bots on social media have become indistinguishable from humans. I doubt these bots contribute significant income for the platform itself, likely funneling profit and engagement away from it.

OFC, bots also refer to foreign entities of interested parties, of which some have likely made their way into the Webull comments after l̶e̶a̶v̶i̶n̶g̶ getting banned from Twitter complete with their terrible English, horrid "investments" and dimestore U.S. intel training. 🤦‍♂️
Disclaimer: The comments, opinions and analysis expressed herein are for informational and educational purposes only and shoulk not be considered as individual investment advice or recommendations. Webull is not responsible or liable in any way for comments posted by pur users.
Like

0 followers. 1 post.
Google translate grammar.
How many rubles you got in $GNUS? 😶 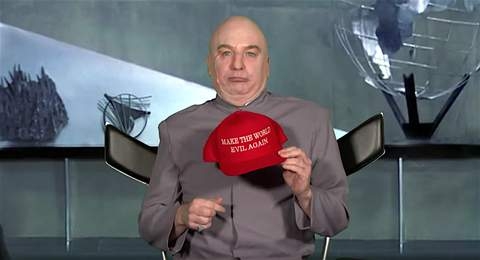 Like
Ker💲plat!01/09/2021 11:45
Screw you clown. This is not going to silence the conservative movement, only cleanse it for week minded people as yourself...

I think what I like most of all is how quickly you equated "domestic terrorism" with "the conservative movement", which I did not..

Conservatives date back to, at least, the Old Hegelians who wanted to maintain the status quo, structure and order of the city-states they had created at the time while Young Hegelians rebelled against this in favor of reformations.

Meanwhile, Trump supporters purport to care about the establishment and traditions but, at the end of the day, they're nihilists. 🥲
Like


$Zomedica Corp $Bionano Genomics $Aurora Cannabis $Gevo $TESLA $Genius Brands $SUNDIAL GROWERS INC. $IBIO $MicroVision #2021 Goals Baby Bull 01/26/2021 09:32
$Koss Some more dd for my degens 📖 look at the increase in shorts! also notice how out of the 1.4mil float almost 90% is owned by insiders and institutions!! this is primed for the mother of all squeezes 🌎📈

Come and see what #LearnandEarn is all about

A lot of people will miss out