$Globus Maritime Good evening fellow Bulls , new eyes and just overall just confused investors . I trade this particular stock on a different platform but just came by to see the comment section and figured I'd give some insight . As someone with some skin in the game (21,706 shares *attached below*) I wanted to explain to some of the new people what happened today / yesterday and what the future looks like here . Yesterday morning's experience was due to unfamiliar traders setting tight stops on a low float . Think of it as a Domino effect if you will . With floats this small the stock price is very volatile and fluctuates very quickly up and down (even when the price of the stock is moving upward) . You have to remember that when you set a stop loss it can be seen and people want your shares cheap . So they push the price down to trigger them typically during PM or AH when there isn't much trading volume because that makes it much easier and it snowballs downward triggering more and more . Next thing you know YOUR shares have now lost you money and wound up in the hands of someone else . This stop-loss raid also triggers a fear response in people and they panic sell because they think the world is ending which further applies the depth of the raid and drives the price lower . It is then followed by a recovery where you either got stopped out or sold in fear and they profit from the move by owning your shares cheap . You lose money and they profit . Now keep in mind that absolutely NOTHING has changed since you bought in ! The objective is still the same , the path is still paved and the setup is still primed for an amazing run . The only change is who holds the shares and who will profit from them . Now today was just an overall bad market day , red everywhere and low volume . BUT , Keep in the back of your mind that you own shares of a company that now has just closed a direct offering (not a public offering!) , has just announced an acquisition of a new ship this morning , has $75,000,000 in cash on hand after that purchase , is in one of the hottest sectors of 2021 , has a fleet composed of ships that demand the highest rates in over a decade , BDI insanely high , soon to be drop more news for additional ship acquisitions , an ER that is going to blow the top off any ER this company has EVER seen , exercisable warrants at $18 and $35 (which both the institutions and company want the stock price to exceed so they can profit from them) AND you get to buy it at a QUARTER OF ITS LIQUIDATION VALUE ! Are you kidding me ?! This is the best play on the market . That is why you have seen so many big players load up and wait these past few weeks . This is a literal goldmine . 600% increase in price from here is as close to a guarantee as you are going to get . If just getting over $10 is what you are focusing on ? Then you are in the wrong place with the wrong mindset and hands to weak to hold this . Do not sell yourself short . Do yourself the favor and hold on tight to your shares so YOU are the one who benefits the most here . This is equivalent to buying $Castor Maritime Inc at 0.17 ! look at their charts over the years they were identical until 60 days ago (5yr and 3m chart attached below) . It will be like catching $AMC Ent Holdg or $GameStop before the rally . Good luck bulls I will see you at the top ! 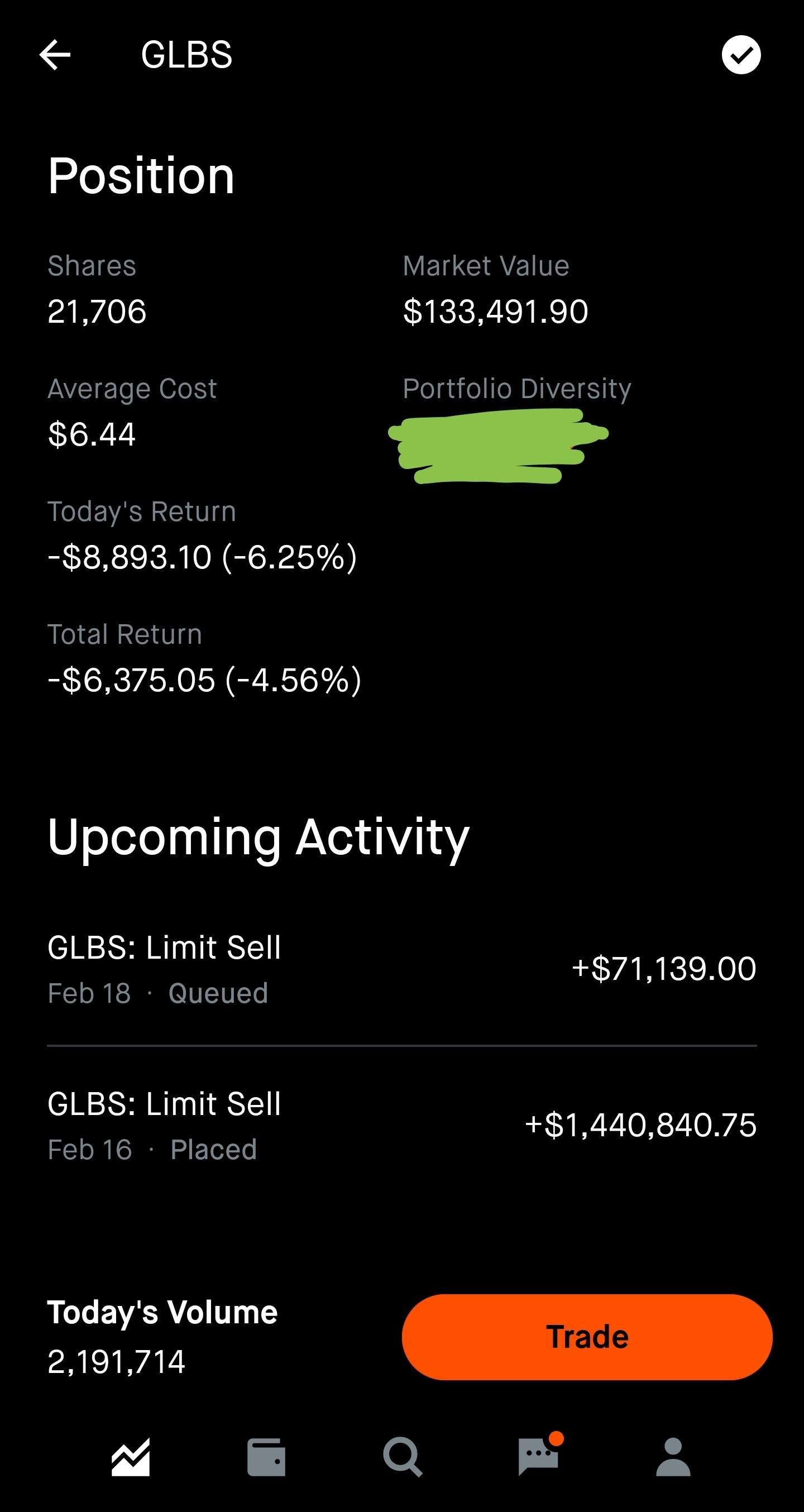 Disclaimer: The comments, opinions and analysis expressed herein are for informational and educational purposes only and shoulk not be considered as individual investment advice or recommendations. Webull is not responsible or liable in any way for comments posted by pur users.
Like

Crypto Platypus02/19/2021 08:09
really jim dandy
Like
wsbets02/19/2021 03:51
Great post. Will add more soon.
Keep up the positive vibes flowing!
Like
Jeida02/19/2021 03:39
Bro post more please
Like
zoLo02/19/2021 02:57
This is the first stock I've really had my eyes on and invested in, I've only been at this for 2 weeks now. Watched the chart and waited for it to keep skipping that low, and once it made the upward turn I invested. Every instinct of mine tells me exactly what you just said. Will be cashing out of a different stock and adding more during pre tomorrow.

Thank you for your explanation on the past few days. From someone with little to no experience, it was refreshing to read compared to most comments on here.
Like
Snoozer02/19/2021 02:55
GLBS has done at least 4 Offerings i The past year and a 100:1 reverse split, dont walk but run from this stock!

Hot Article
$Ethereum this is the anthem for all those paper hands who sold at the “bottom.”

Your simple words just don't move me
You're minor, we're major
You're all up in the game and don't deserve to be a player.